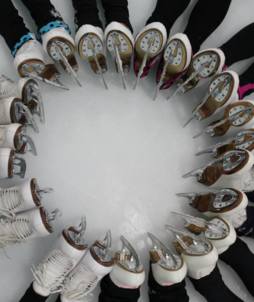 History of how this fund came to be:

A letter to the club from Ruth Necco, treasurer of New Jersey Figure Skating Foundation, dated 3-9-07, stipulated examples of appropriate use of this money:

and participating in club activities. Maximum amounts limited to $100.00 per competition and $200.00 per skater, per year. These limits were raised to $300.00 per Skater, per year, in 2008.  Skaters must be full members of The Hollydell Figure Skating Club for one full year to be eligible for these funds. They also must be an active club member. The club will add to this fund on a yearly basis, as finances permit.

Click on the link below to print a disbursement request form